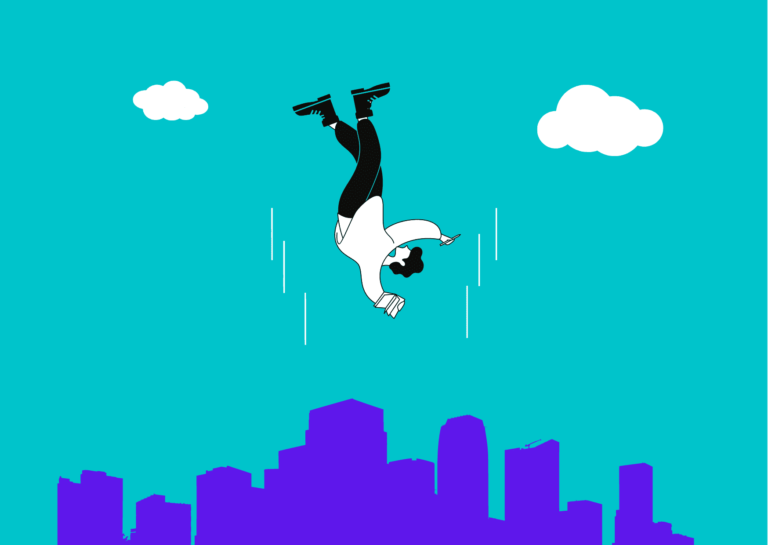 It was worse than the fear of failure.

She broke her mind so badly dad she was not able to find a single piece of it.

Physically it was the same.

If she didn’t have Alpha (her dog), she could have died. Alpha was a happy dog. He did everything to cheer her up. Nothing worked. But one day, he did something that very few humans could do. He pressed the right button at the right time. And this changed everything.

Alpha turned on the TV with his nose and suddenly an anchorman gave a piece of super interesting news for Lea. This was a miracle because Lea was not interested in anything for a long time. She wouldn’t mind even if the end of the world was so close. She wouldn’t care about death. But this one changed her life.

The news was about a technological development. The internet era was changing and we people would not use computers to collect information and do our jobs anymore. We were going to have a virtual AI assistant which would do everything for us. The new era already had a name: V2 (Version 2).

Our assistant was going to be with us all the time. We wouldn’t need to carry a device. It could be placed in our clothes or under our skin. V2 was going to be invisible but never would be far…

Lea was very interested in this news because she always dreamed about having an assistant that could organize her life. She was talented to be lost. Now, technology created a chance for her.

Lea followed up the instructions and opened up an account in V2. She had to give her new AI assistant a name. She thought for ten seconds and she wrote “Fear of Failure”. She also chose the gender as male.

Fear of Failure woke up from his deep sleep and he said:

“Hello, Fear of Failure. I am feeling kinda lost for some time. I just couldn’t find a better name for you. I hope you liked your name?”

“I think my name is unique. It will make you remember the bad old days but at the same time, you will be happy by realizing the amazing progress you are making in your life. This name is sexy. Couldn’t be better!”

“It’s good that you liked your name. Just know that I am scared. So scared. I have to pull my life together. Will you help me with that?”

“Can you earn money?”

“Are you kidding me?”

“Do you have any money?”

“I need some money to make quick money Lea. Otherwise, it might take longer than one week.”

For the first time in six months, Lea washed the dishes. She threw out the ashtray mountains. She tidied up the house. She did some cleaning. She did the laundry. She started to breathe.

She didn’t want to set high expectations but this change gave her a little hope. Maybe she could have a better life. Maybe there was still a chance…

In four days, she felt even better and she started to walk with Alpha. Alpha was walking alone for a long time and he just started to jump around when he felt that Lea would walk with her.

After their first talk, Lea did not speak with Fear of Failure for some time. She didn’t know what to say and it was weird to talk with a virtual “something”. But she was worried about the rent payment. She decided to ask five days after their first talk:

“How is it going? Could you earn the money?”

Lea checked the bank account and she couldn’t believe her eyes. It was real. Money was real. She could cry. And why the hell was she not crying? “Let’s cry Lea!” she said to herself. “This time for happiness!”

Lea paid her rent. She felt stronger. She decided to wake up early everyday and take control of her life. Her house became a “real house” in a week. She could even call her old friends and invite them, why not? She was going to work more to make her life even better.

If the police didn’t come to her door at 10:00 AM in the morning, life would be better. She tried to learn “what’s happening”, but the police preferred to take her to the police station without saying “the reason”.

It turned out that, Fear of Failure bought and sold some illegal stuff to earn that money. Actually what he bought and sold was not illegal in Lea’s city but it was illegal in some other cities. She was going to face a lawsuit. She learned that she will not go to prison for that but most probably she will receive a community service punishment.

She was angry with Fear of Failure. Couldn’t he be a bit more careful? But once she started to walk to her home, she cooled down and she realized that this was her mistake. She could just give more detailed orders. A robot was a robot. What was she expecting!

When she arrived home, she said hi to Fear of Failure.

“Can you earn 4000 dollars in three weeks with the money in your hand? Please do not buy or sell illegal goods or services. This includes all the cities. Buy and sell anything that is totally legal everywhere. Understood?”

She was feeling better. Money was not a problem anymore. This was a revolution. One of the biggest problems of her life was solved. She felt like a magician. The community service issue couldn’t ruin her mood. She was just going to work for the society for some time. She was going to learn more about discipline. This was a muscle she had to train.

One year later, she received an official notification from the Tax Bureau. She was in trouble again. She learned that Fear of Failure did not pay any taxes. She had to clean all that shit now. Why these things had to happen? She hoped that she was going to learn how to really use that virtual Mickey Mouse in a short period of time. Otherwise, she would always be burned like today. She could do better right? Yes, it was the right time to do better!

She said hi to Fear of Failure.

“Can you please earn the money for my expenses this month? Other than the expenses, please earn as much money as you can to increase my savings. But be careful, all your operations should be legal in every city. Don’t be aggressive to earn more. First cover the expenses, the rest is extra. Most importantly, do not forget to pay the taxes!!!”

In time, Lea felt that she really learned to use Fear of Failure more efficiently. She was not “shy” for asking for new things anymore:

“Hey, Fear of Failure! Can you plan my day?”

“Hey, Fear of Failure, Alpha needs to lose some weight. Can you plan a healthy diet for him?”

“Hey, Fear of Failure, my friends will come tonight. Please buy the trendiest snacks for a small home party. Make sure that they are all homemade. Print their recipes so that I know what the hell are they. Find the best dog walker in the city. I don’t want Alpha to walk alone in my busy days. Please buy twelve bottles of red wine and twelve bottles of white wine. Please make me look smart when you are making your choices. Thank you, you made my day!”

Cloudy days were history. Lea hardly remembered that she was falling two years ago. When she saw that anchorman again on TV who changed her life with V2 news two years ago, she remembered the old days. How did she get out of that mud? If she did not meet Fear of Failure, what would have happened to her? She realised that the next day would be the second birthday of Fear of Failure. And she did nothing for his first birthday last year.”

“Tomorrow is your birthday. What can I do for you?”

“I know but you changed my life. You gave me a second chance in life. You can’t know how important these are for me. Please let me do something for you.”

“Don’t sorry me or you will be talking with Alpha from now on. I give you one full day. Tomorrow, just tell me one thing that I can do for you. It’s your birthday tomorrow. We have to celebrate. When I wake up, I will ask you. You always helped me. This time I will do something. Tell me one thing. What can I do for you?”

When Lea woke up, she felt that they were going to celebrate a birthday like a family. Alpha was going to be with them also. “It’s a beautiful day,” she said.

She dressed up and turned on her old laptop. She wanted an old-school party. She didn’t touch any computer for two years. She didn’t need it. She logged in to the V2 website. To make it all romantic, this time she wrote to Fear of Failure:

“You had all the time. I hope you found it. Now tell me, what I can do for you?”

There was no answer. Lea wrote one more time.

“Hey, Fear of Failure, it’s your turn. I gave you no voice commands yesterday. You just dreamed about today. It’s your birthday today. Now you are going to tell me one single thing that I can do for you. Come on!”

Nothing appeared on the screen.”

Fear of Failure replied with only one word. A heavy word was flashing on the screen: